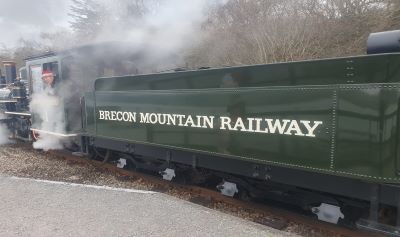 Brecon mountain railway is a small company/business operating in Merthyr Tydfil in South Wales UK. this small firm owns an original vintage Steam Locomotive/engine. This Company runs small trips, for example, the trip we went on today was, a trip to see Santa. From what I can see on their website, they have four Locomotives and use each for different seasons, the Engine we went on today was named, No1 Santa Teresa.

The journey to the location is very clearly signposted with the brown tourist signs and surprisingly despite all the major roadworks going on in the area we had a trouble-free drive to the location. They have ample Parking right on the doorstep of the train station which was free so a bonus. There is nothing worse than having to pay to park as a hidden extra expense.

The queue to collect our tickets took a little bit as there is only one customer service operator however we were warm and enjoying the Christmas music. As soon as we got our tickets we headed straight to the cafe where all the staff had really made an effort, one was even dressed as a candy cane, The service and food were just beautiful and we loved sitting down with a hot chocolate while we waited for our train.

It wasn’t long before an announcement came over the speakers to say our train was boarding. We proceeded up the platform to the magical sound of a real locomotive puffing away and tooting its horn, our daughter was so excited, I am incapable of putting the joy on her face into words. we boarded our Anny and Clarabel-style carriages and set off on our journey. One good thing was we were allocated our seats so didn’t feel we had to rush to get a decent seat.

The train ride lasts about ten or fifteen min, To be honest, you are so taken by the beautiful welsh mountain views while riding the train that time flew by. Arriving at the next station we were met by all the characters, Santa was among many who were on the platform to welcome us and the children, My daughter especially loved seeing Rudolf the red nose reindeer, but they had an elf who was such an entertainer, he performed magic tricks and interacted with the children while they qued to see Santa.

There was a train full of families and I didn’t hear a single child cry. The characters really went above and beyond to make sure all the children were happy and entertained. The carriages went in to see Santa in order, we were carriage D, so we had some time. so while others were in line to go see Santa, we explored the locomotive.

I am an antique dealer so for me seeing a real working steam engine was a dream come true. I am forty-five years old and must say I absolutely loved the engine, it took everything I had not to go over and just touch it. The train driver could see how excited we were as we were trying to take a pic, he stopped what he was doing and got out of the train engine bay and took a photograph for us to have a family photo.

Our carriage was finally called in to see Santa, we had a little bit of a wait in a queue, so to occupy us and pass the time we were given complimentary mince pies, hot mulled wine which warmed us up beautifully, and chocolate, and squash for the children. A lot of the time when you see Santa, you are rushed, normally you spend half an hour waiting to see him for a few seconds, But this visit was most probably four or five minutes in with Santa, he chatted with our daughter and made sure we had the perfect picture, no rush and then our daughter was given a bag of goodies as a present.

We had time after seeing Santa for a hot drink or snack if we wanted from the small cafe with the opportunity to admire the train or views before heading back on our train journey back to the station. Again it is nice to see, we weren’t rushed at all, everyone was patent, professional and kind. and I have to say, the journey back was just wonderful and the trip up was.

In conclusion, our family ticket was around £60 which on the surface may seem expensive for a family of three. but the trip is magical, you were treated very well and the mice pies and wine were complimentary in addition the gifts for the baby were included, plus it was free parking. In all, we were very satisfied with our experience and are planning a return trip in the spring when they extend the ride to the top of Breacon. you really won’t be disappointed if you take this trip. but I will leave you with the recommendation from my three-year-old girl who said, ( This is the Best Christmas Ever). 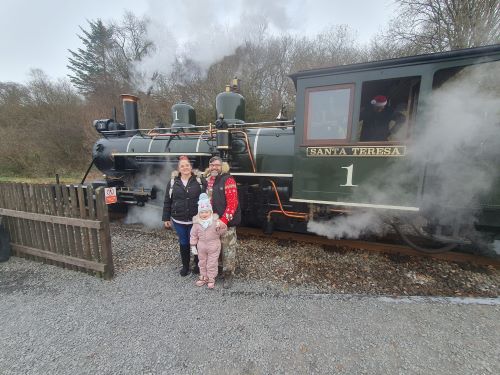 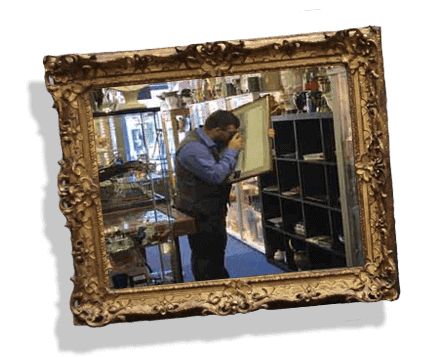